I’m Back. Plus, A False Princess Announcement!

If there’s anyone left following my blog, you may have noticed that I haven’t been exactly . . . prolific in my posting this year. I could go into the why, but frankly a lot of it’s personal, some of it’s non-writing related busy-ness, and some of it’s sheer laziness—none of which makes for scintillating blogging. So I think I’m just going to say that I’m going to do my best get back on track as the year draws to a close.

HOWEVER. Just to get things started off right, I also have an announcement.

Ever since the release of The False Princess, I’ve been thrilled with the reader response to Kiernan. I loved writing him, and it appears that a lot of you love him, too, and want to see more of him. And, on December 10th, you can. 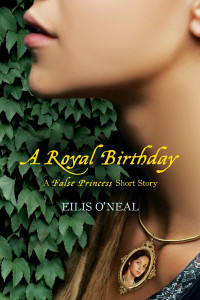 That’s right! My new e-short, “A Royal Birthday,” is coming out in just over a month! *excited, happy, nervous dance* In fact, you can pre-order it now!

“A Royal Birthday” takes place almost exactly one year before the beginning of The False Princess, on Sinda's 15th birthday, and is written from Kiernan’s point of view. It was so much fun for me to get into his head and I’m hoping that readers will enjoy it, too.  (Also, I’m totally digging the ivy in the e-short cover. So much GREEN . . . .)

And make sure to check out “A Royal Birthday” in December!
Tags: a royal birthday, e-short, the false princess
Subscribe

Comments for this post were locked by the author